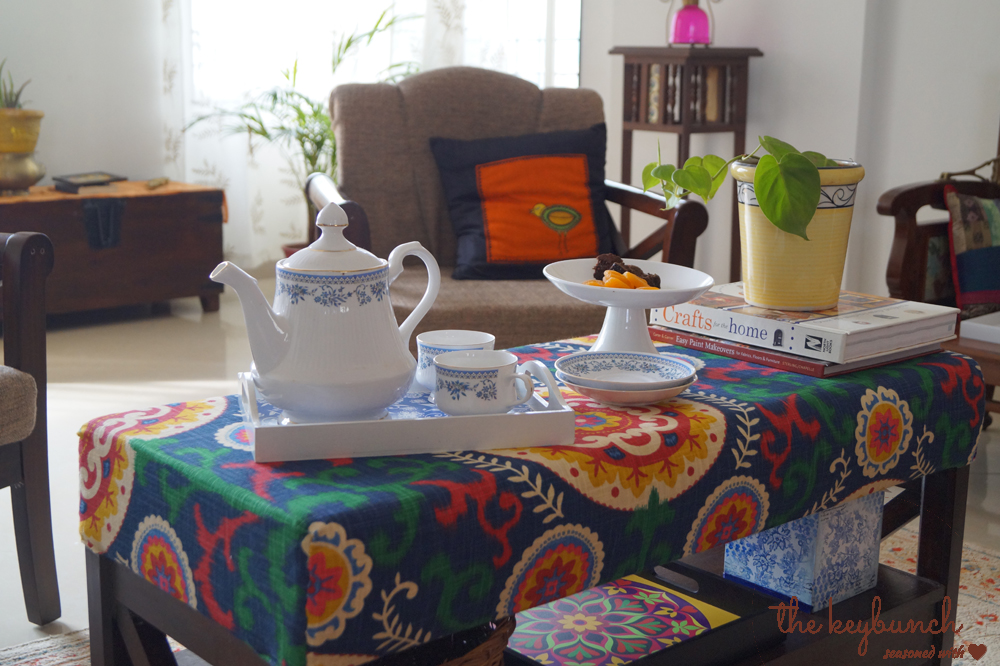 My coffee table had a glass top, and for the longest time, it was in storage. I know it was a waste. I probably should have checked out the range of other materials used for coffee machines at furniture in fashion. I just didn’t want to risk the kids getting hurt because the glass top jutted out. So I always used a Fabindia trunk as my coffee table instead!

Then came the day when I realized I was running out of storage space. Something had to be done. I decided to critically assess the furniture in my home, and see what could stay and could not! And guess what? I didn’t feel like throwing out a thing – not even the old, ugly plywood TV-console that I hated but get this, still loved – because it had lovely memories attached to it. So of course, I am keeping it – in a gorgeous new avatar, which I will share with you soon.

But let’s focus on the coffee table for now. 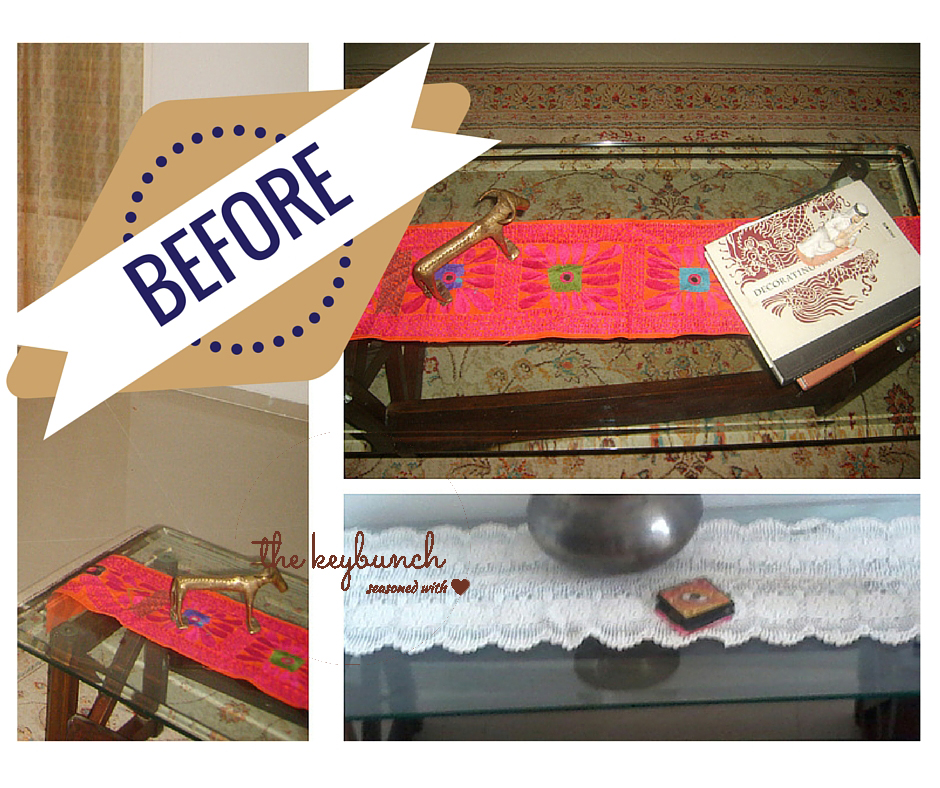 My big plan was to take off the glass top, add a plywood top, and then upholster it. With excitement building up, I decided quite rightly that the first step was to source the fabric. Of course, it was! Many of you were a part of my Facebook fabric updates, and I loved The Keybunch reader inputs that went into this process.

I desperately wanted Suzani. And when I googled for Suzani, of course there were no Indian stores selling them. But here’s an update. A few days after my fabric reached me, The Purple Turtles – a Bangalore based decor store – announced on their FB page that they now stock fabrics, including Suzani. So that’s some info for all of you who are looking to source Suzani fabric! 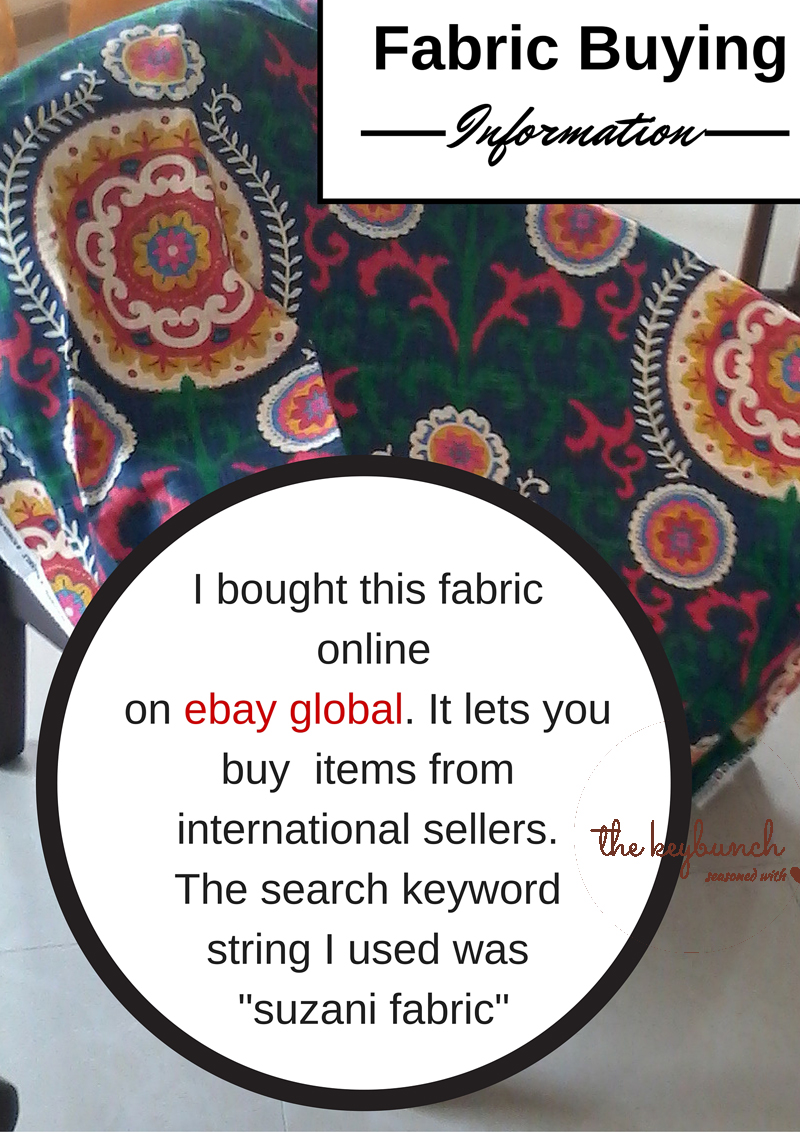 So where did I source the fabric from? Ebay Global Buy. No, I am not getting paid by them! But so many of you have asked me where I bought the fabric from. I originally spoke to an Uzbek retailer, who didn’t sound too honest. I had shortlisted 3 designs from him, but I was really scared to complete the transaction – because, Suzani fabric is not cheap, and there was 0 trust in the seller! Luckily, I found 2 of the very same designs (and I am thinking better quality) on ebay Global.

And of course, most of you followed the fabric choosing saga, and also witnessed my sudden uncertainty when I thought I would try an Indian fabric instead. But some very sensible readers put me totally in place, and said “just go with your first choice!” 🙂 and I did!

Now, after the fabric was ordered, I knew exactly what to do with the table. The earlier idea was to turn it into an entryway bench, but with such gorgeous fabric, I had to ‘promote’ it, and I decided to make it into an upholstered coffee table instead. The fabric plays a big role in improving the style quotient of a piece of furniture, trust me!

It was now time to modify the coffee table. The Man Friday in my apartment society put me on to a carpenter, a gem 🙂 He was not just talented, but entertaining too! He oohed and aahed over all my plans, and insisted on calling me Madamji, with a loud emphasis on the Madam. I begged him to not call me that, but it was no use. 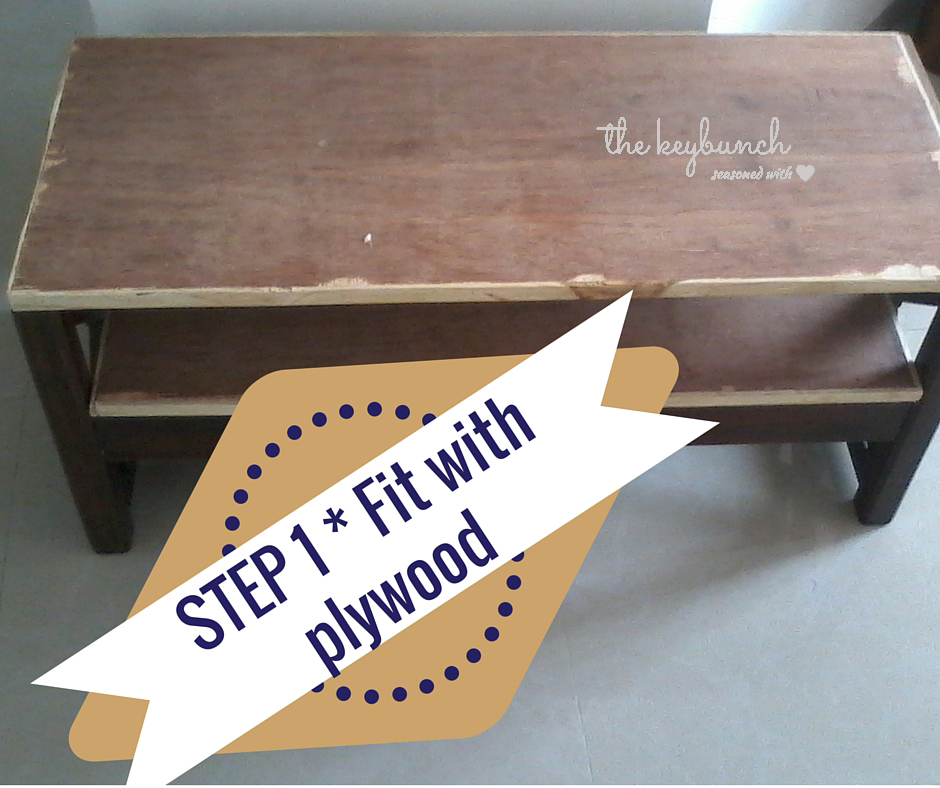 Well, and when he had installed the plywood, he brought me the reworked table. It looked a bit unfinished – see the edges on the table in the pic above. When I expressed my doubts about whether it was strong enough, he actually jumped on it, and did a little jig! 🙂 I love when a person is passionate about his work, don’t you?! 🙂 So well, the piece was strong, but needed finishing! 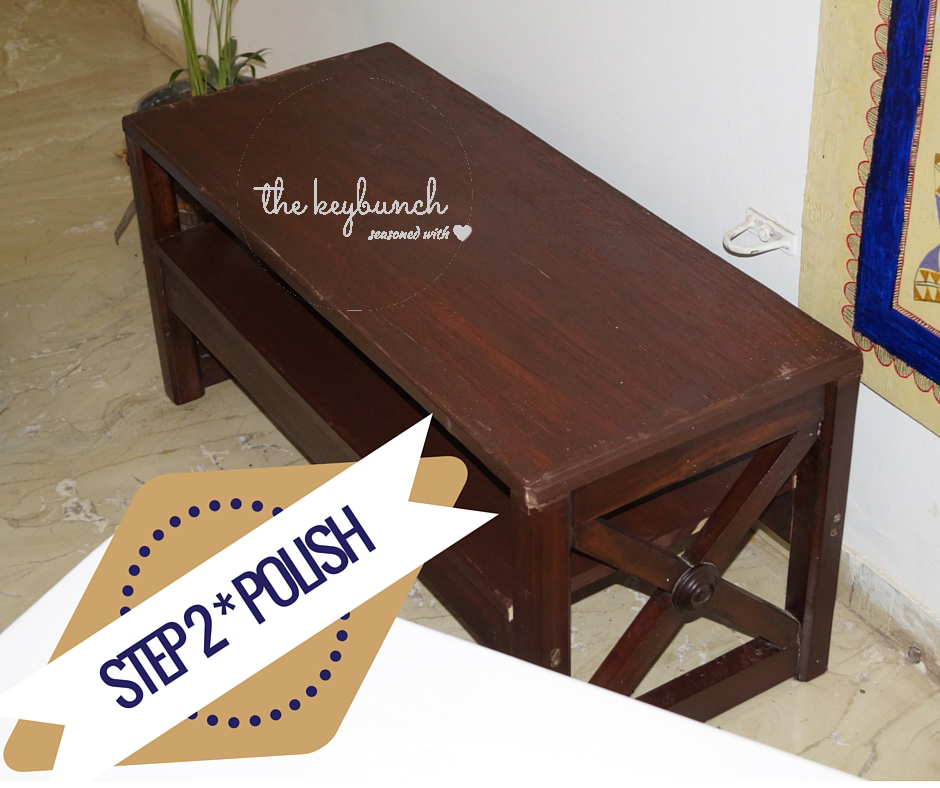 I finished the table myself with a bit of generic wood polish, and when it dried, it was ready to be upholstered. 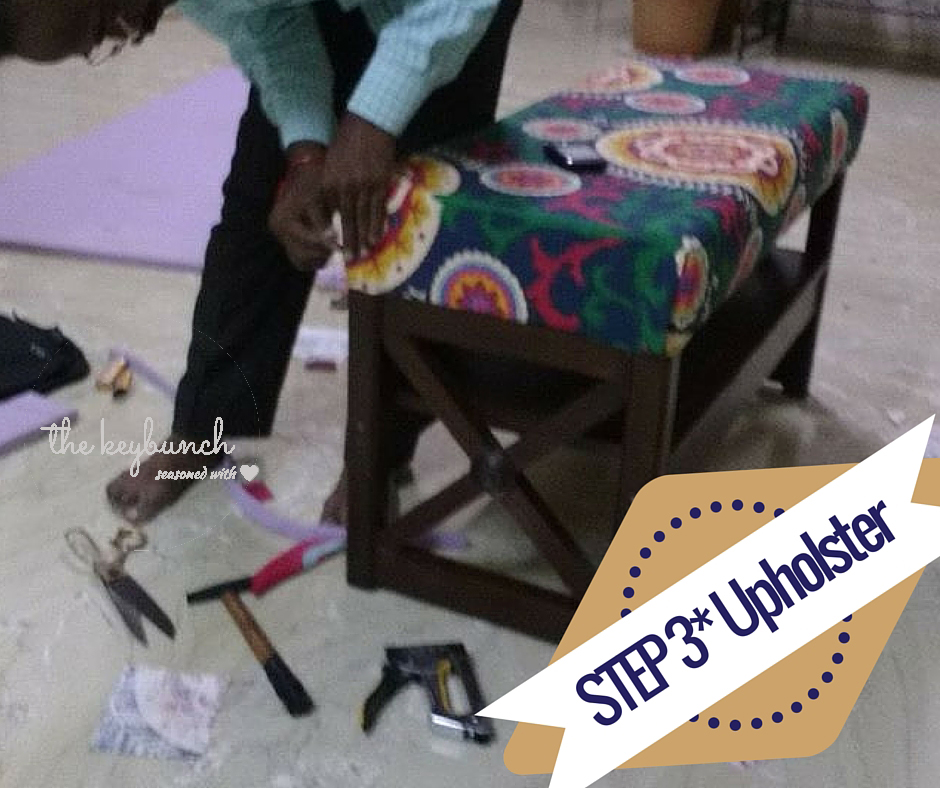 glad I got the neighborhood sofa guy in, because he is truly a pro. I showed him a pic, and he set to work, right there in the corridor outside my apartment door so that I could observe and give my inputs while he worked (he had never attempted something like this before).

Midway though, I realized he hadn’t brought a lining fabric in.

I wasn’t going to set the (rather expensive ;)) Suzani directly on sponge, so I quickly ran in, and gave him an old bed sheet to tack on first. I was so happy I did that, because it was a great way to tweak the bumps that showed up, and generally ‘tighten’ the base. Once the bed sheet was secure, he stapled on the actual fabric. 2 hours, and we were done! And I still can’t get over it. 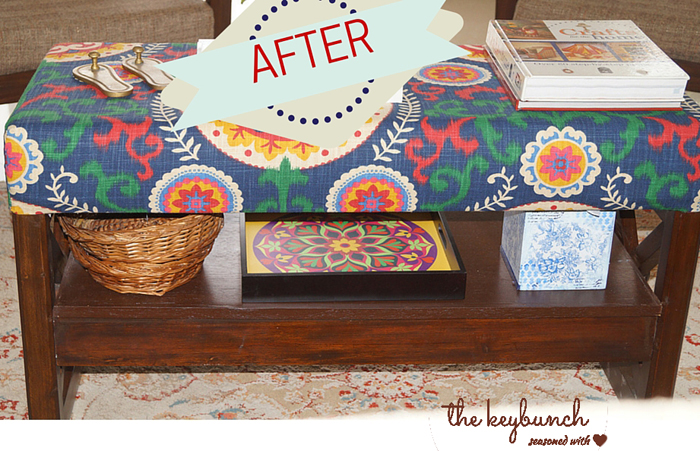 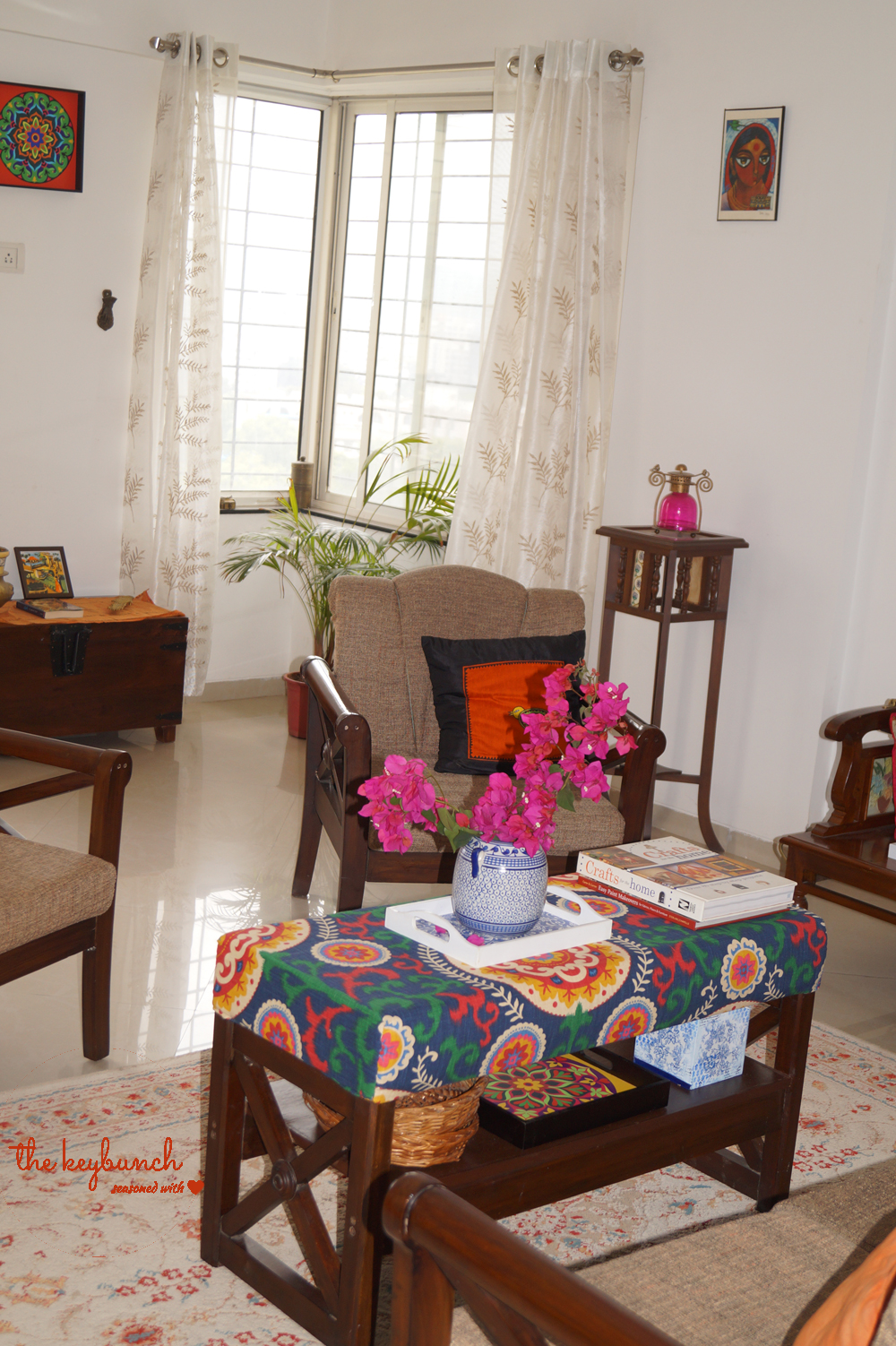 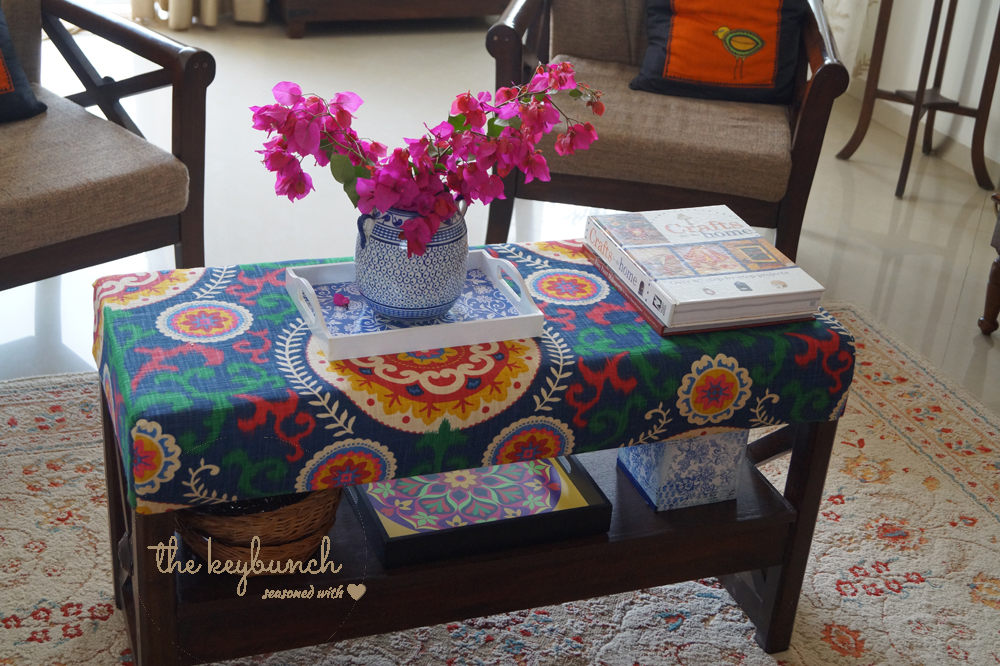 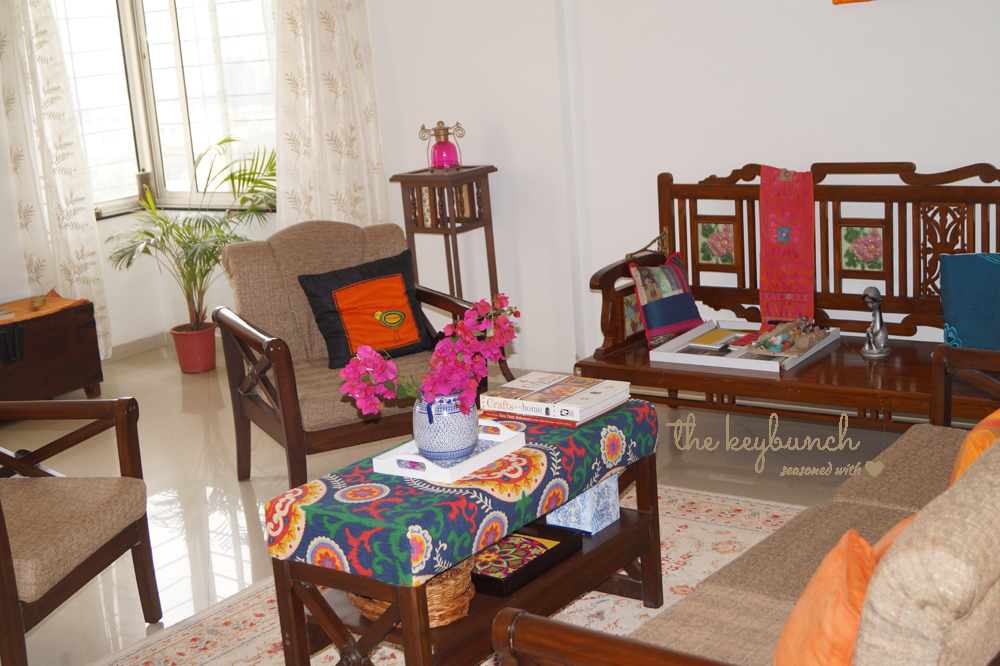 Well, the good news is, if you are in Pune, and want to upcycle your own coffee table, The Keybunch can now help you. Contact me for more details! 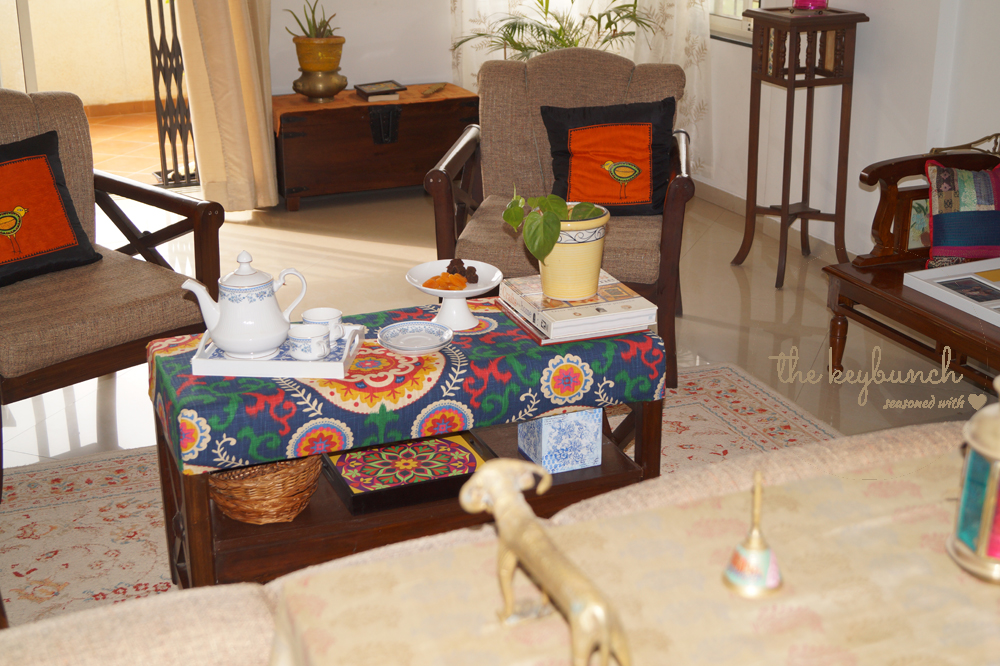 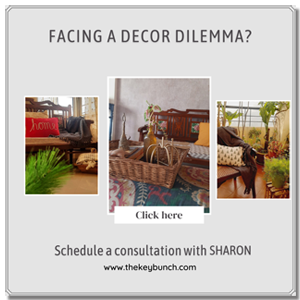