On my morning walk in a quiet, nondescript bylane in Cascia, Mangalore, I spotted a lovely yellow house in the old Colonial style, with pillars, tiled roofs, et al. The signboard said Ira Spa. I was intrigued, and when I asked around, was surprised to learn that it’s been here for a while. In Mangalore, it’s not the six degrees of separation between strangers, but usually only half or one degree! Sure enough I soon figured out who owned the spa, that one of the owners was in college with me, and the other had once attended the same Zumba class with me! 🙂

I connected with Shefali Ballal, one of the owners, and she graciously asked me over…and I was delighted with her efforts in preserving the house. It always makes me really proud when I see old properties preserved, and used for something creative. <Rant> Too many of them are being torn down to make way for high-rises.</Rant>

Here are a few pics of the house, and I hope you enjoy them!

A bit of history about this house. We do not have a clear date on when it was built. The owner Mr. Jayaraj Shetty, who leased it to the owners of the spa, says that his dad bought it in 1950. It was previously owned by a Billava family, and he believes that it originally belonged to a Catholic family who might have built it sometime between 1900 and 1910.

Inevitably the salon section sports a modern look, but Shefali has taken care to add some wooden elements and you know what, it looks good! 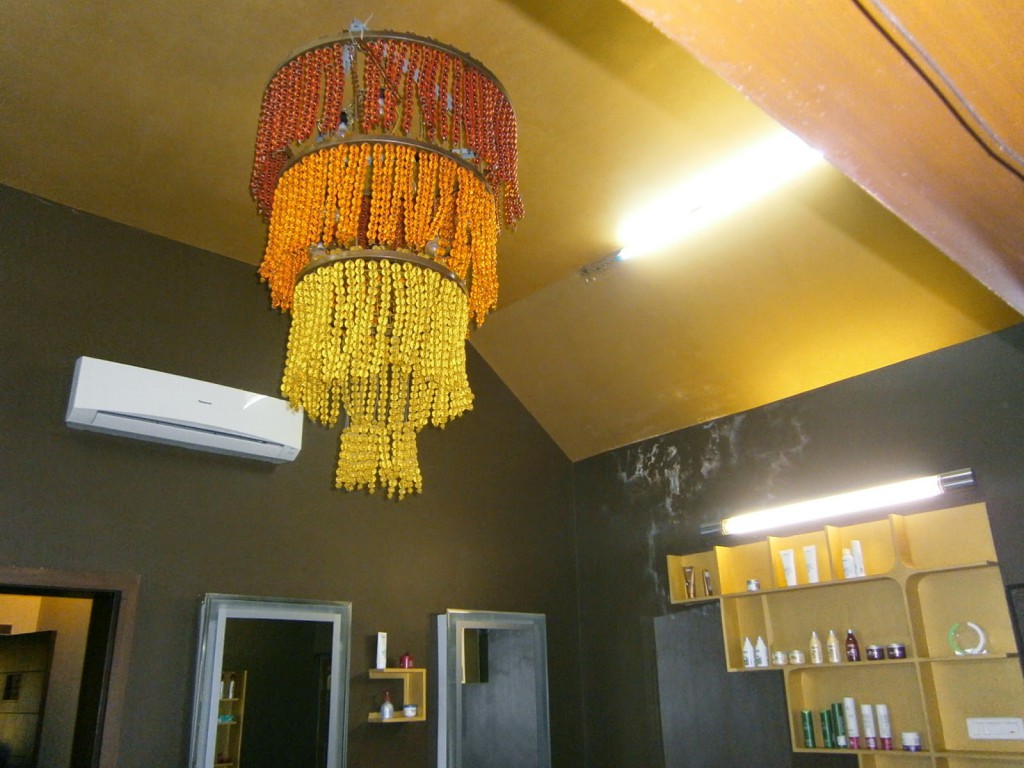 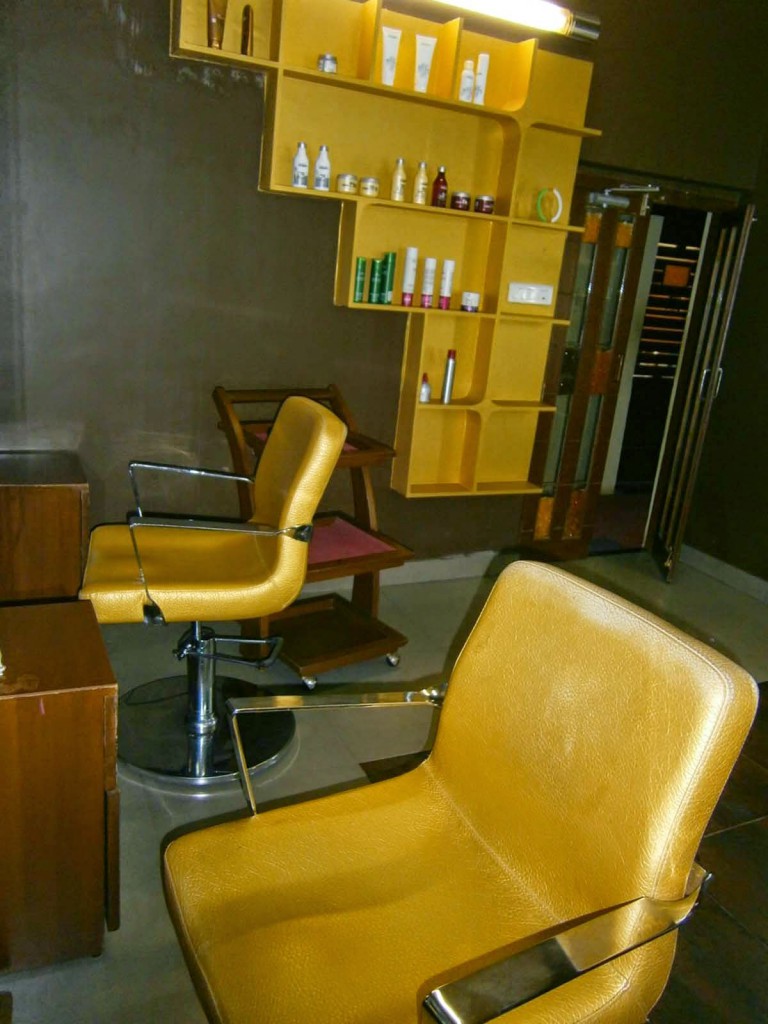 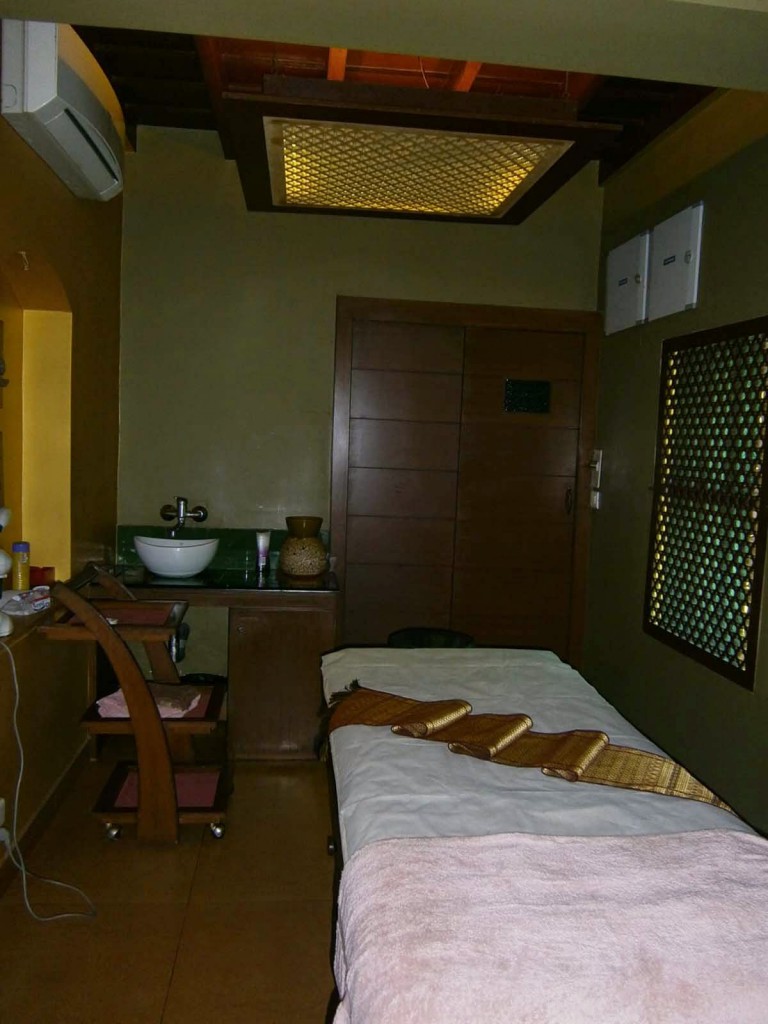 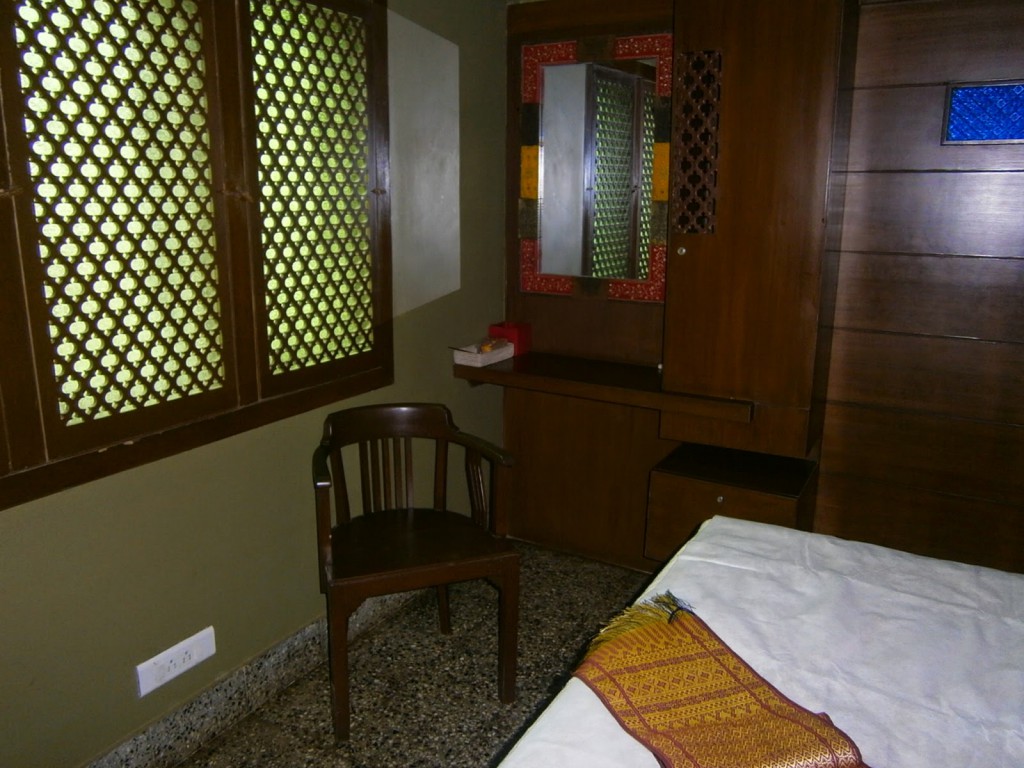 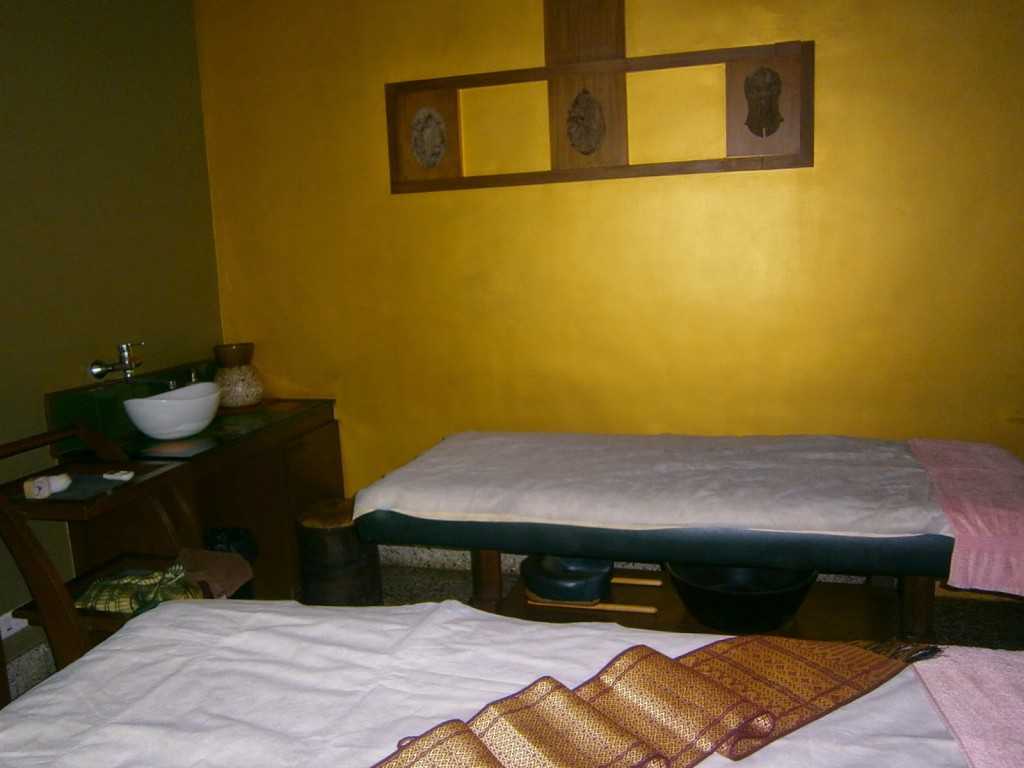 Back at the verandah, I clicked a close-up of the back rests that Shefali has adorned with old tiles. 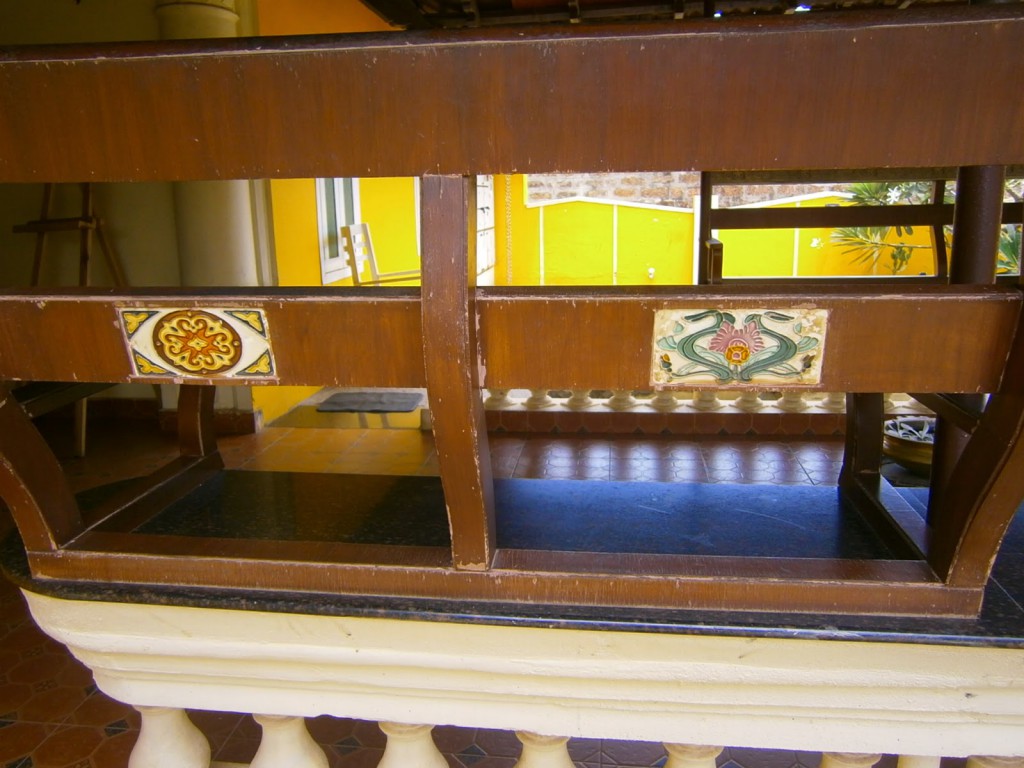 And more shots of the exterior, which I absolutely loved! 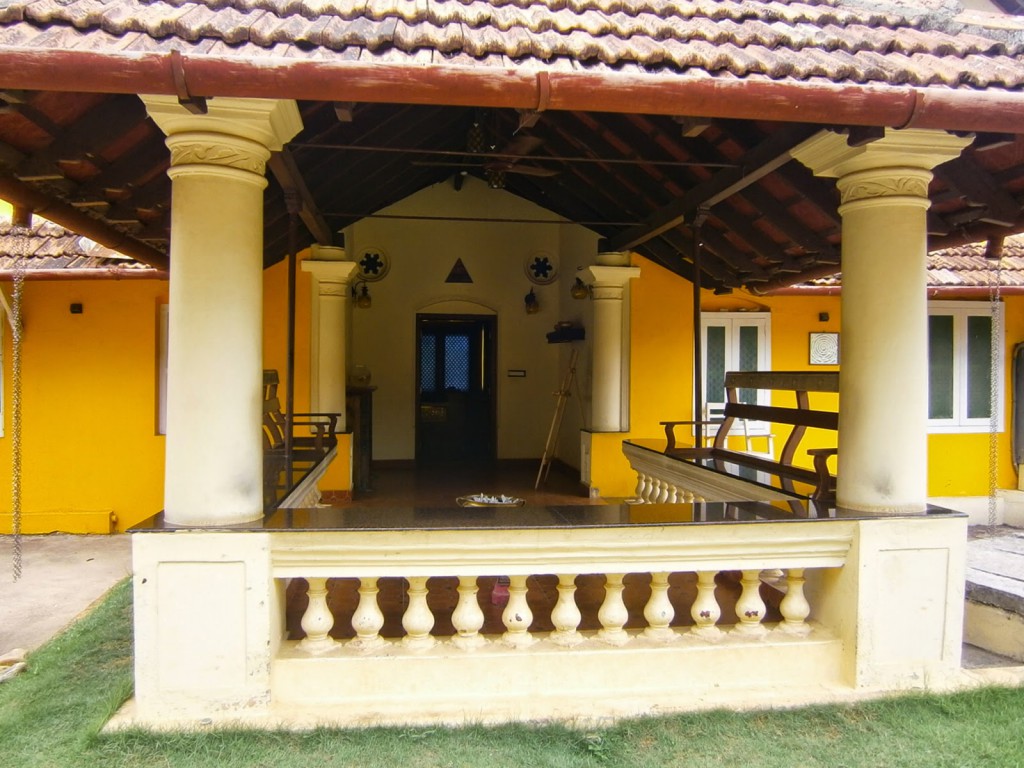 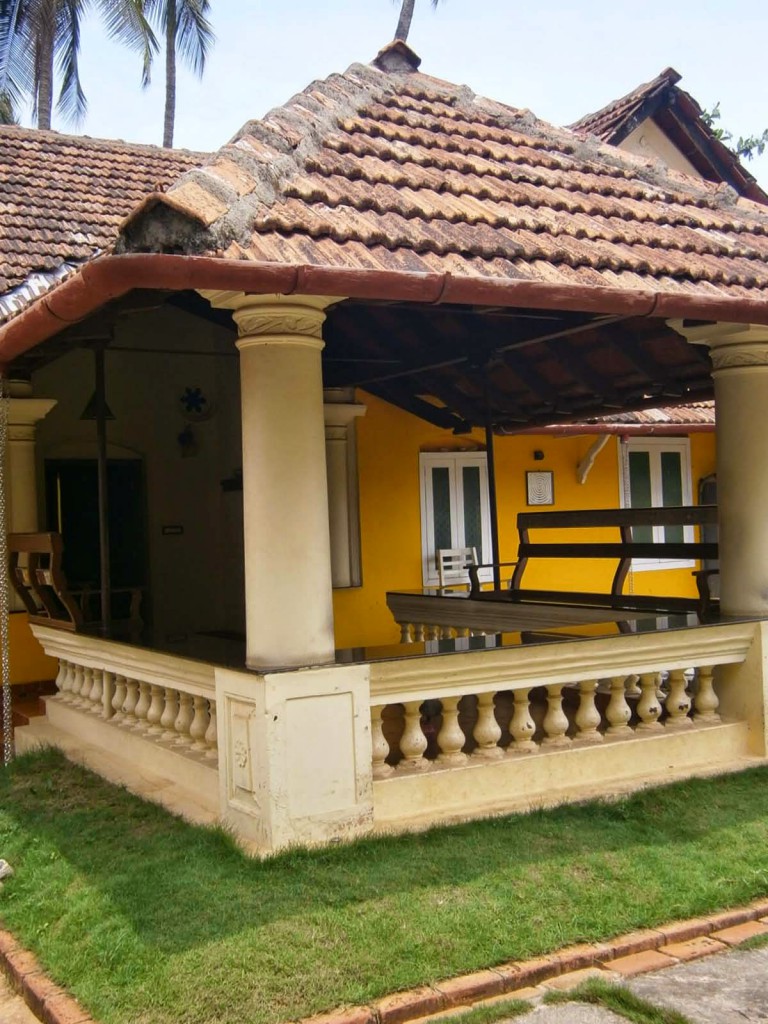 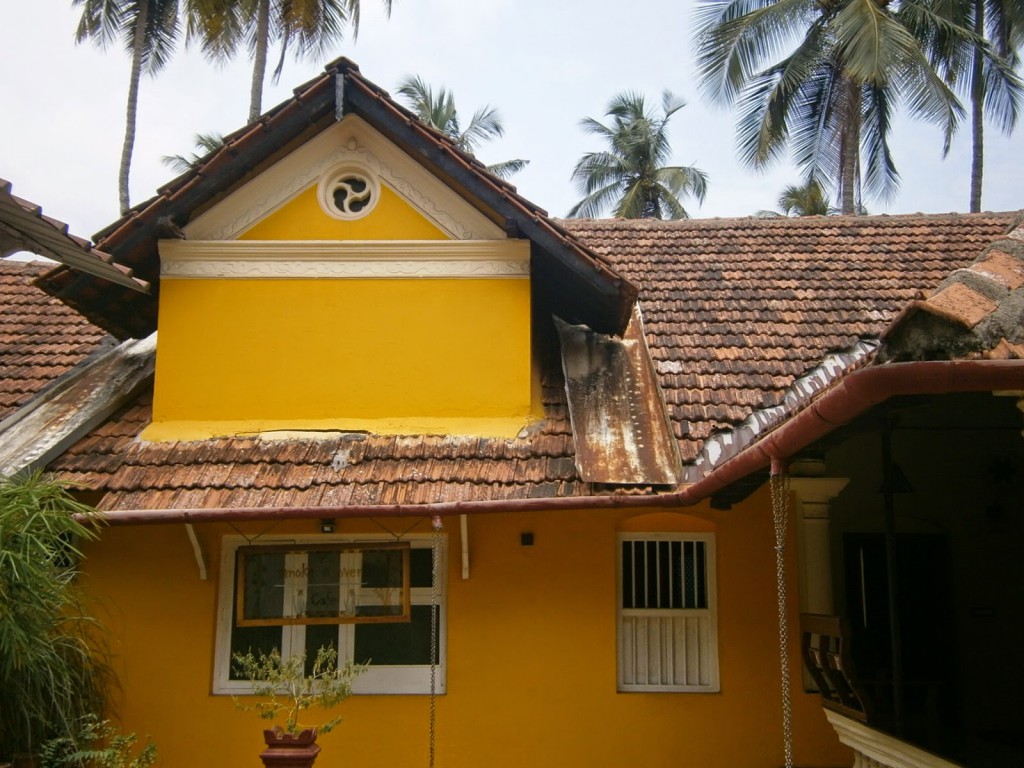 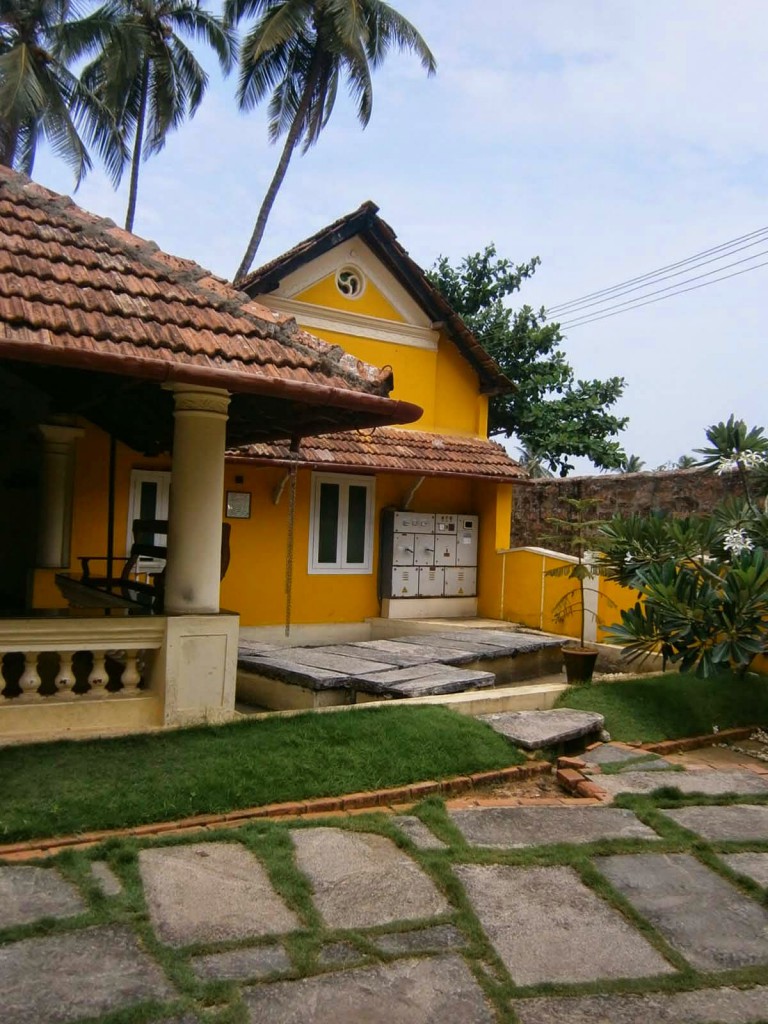 Adjacent to the spa, in what must have been a garage or the outhouse, is a small eatery called Smoke n Oven that makes the most amazing pizzas baked in an old fashioned oven, and served on clay platters! The decor at the Smoke n Oven is an extension of that at the spa. Other decor elements in this quaint pizza joint were the threaded design on the ceiling and the home-made, one of its kind sign board! 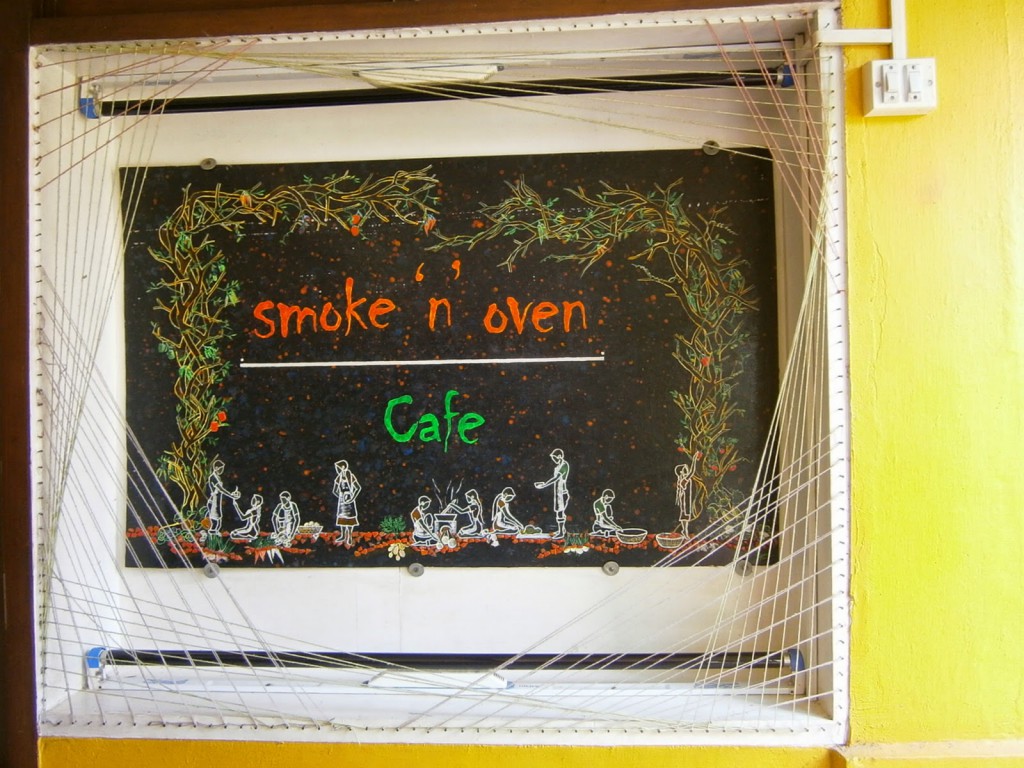 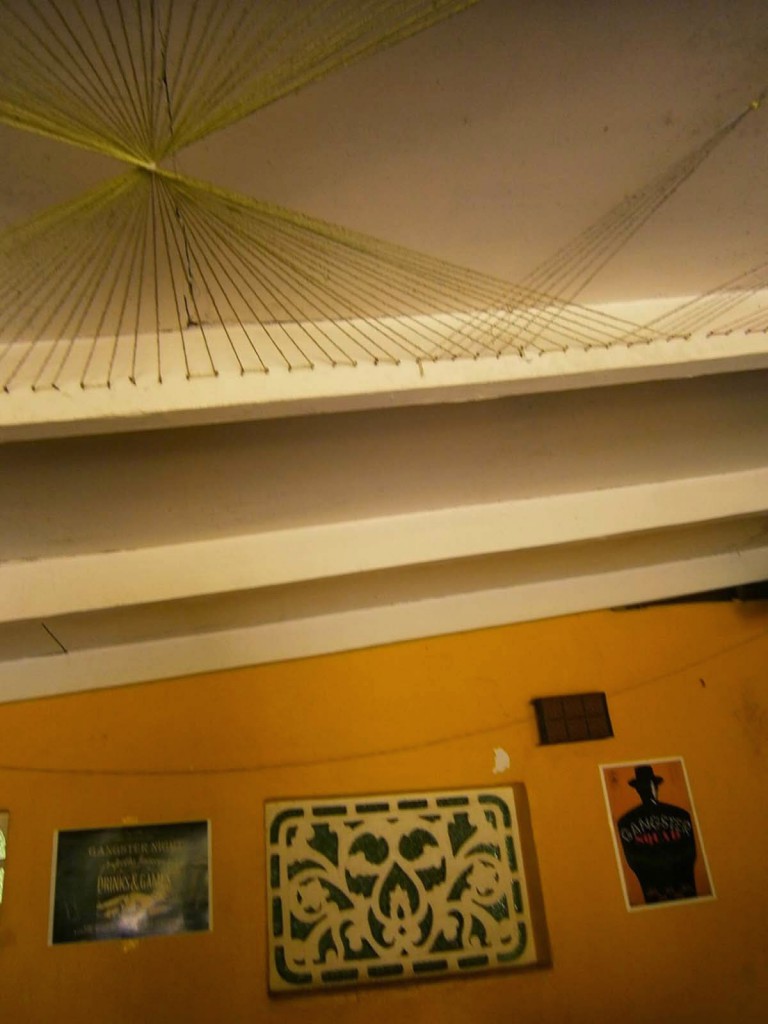 Bamboo blinds give an element of privacy to the diners, but also let the cool summer breeze in. 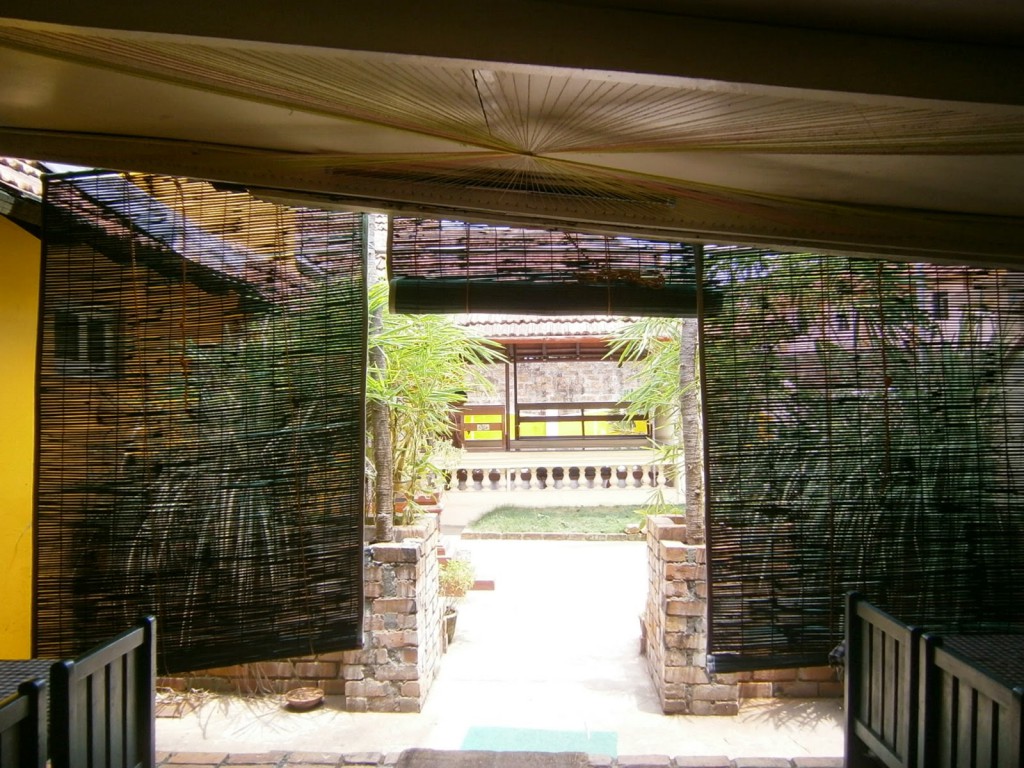 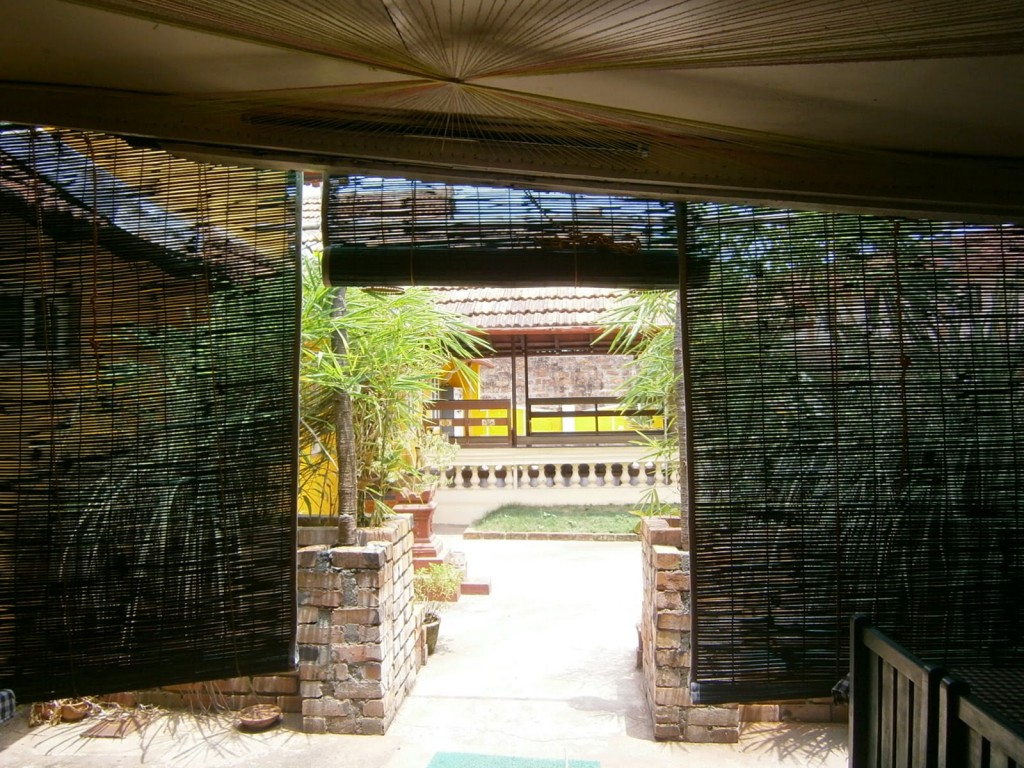 And what do you make of this rustic bell-holder? I thought it was delightfully charming! 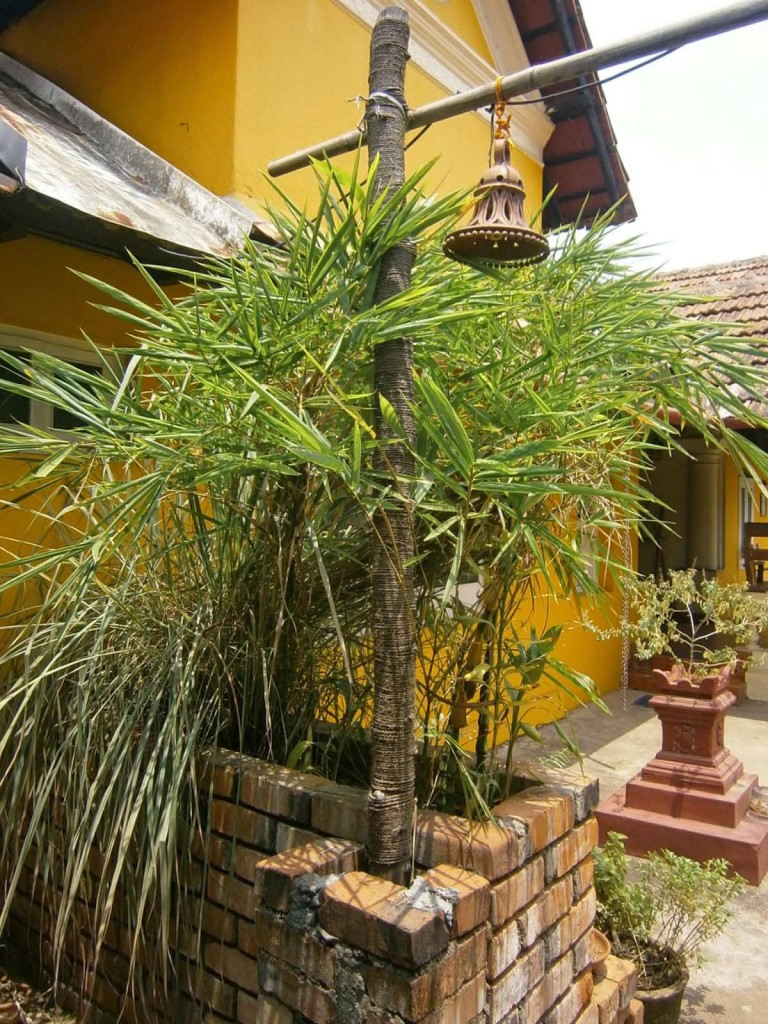 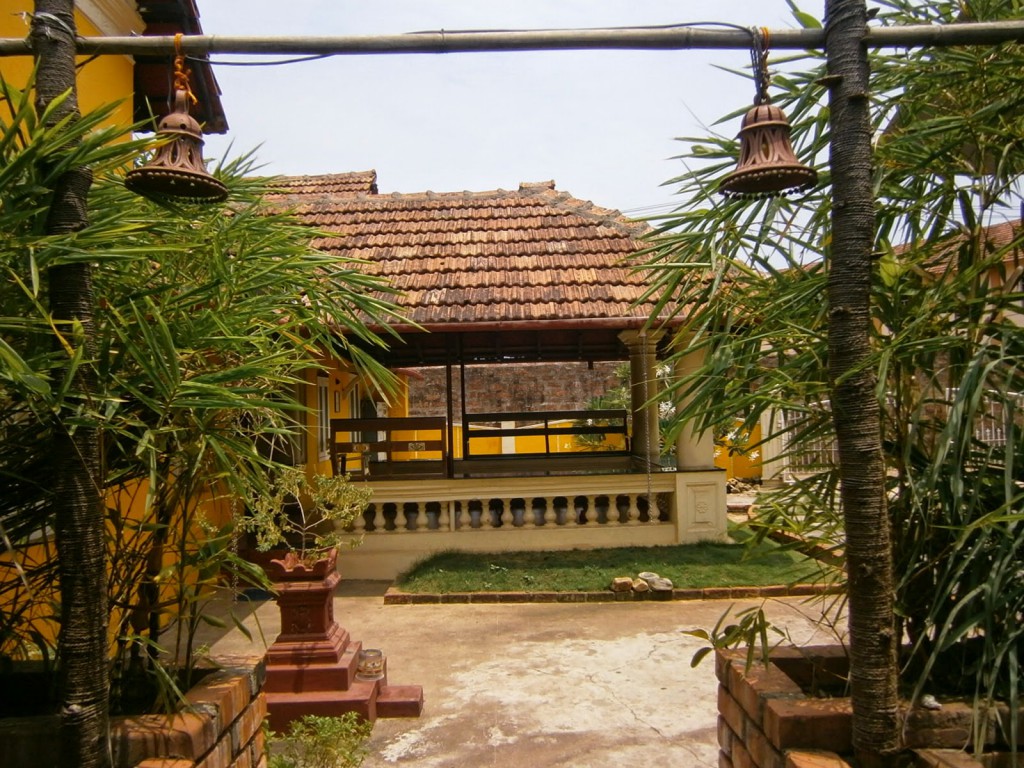 And, just before I hopped into my gaadi, this is the final shot of the house I got, with the lovely blue sky and coconut trees in the background. 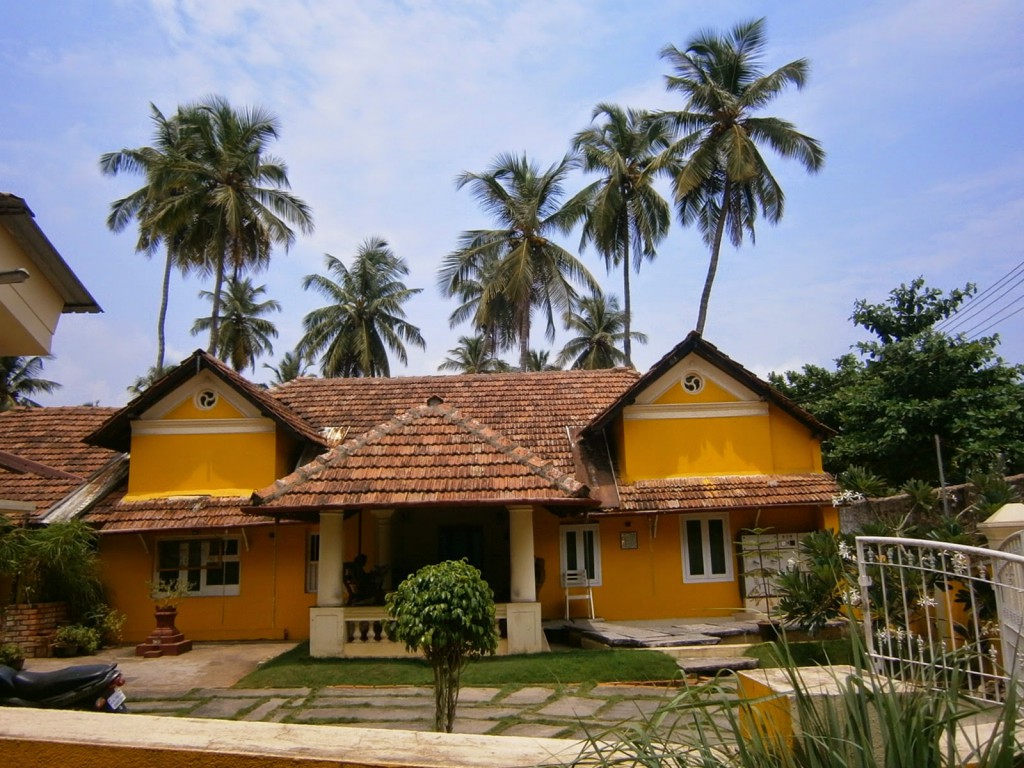 Check out Ira Life and Smoke n Oven on Facebook. You can also see the fascinating pics of Smoke n Oven’s oven being constructed and clay plates and tumblers being baked.

Do you know someone who lives in an old Mangalorean house? Do put us in touch with them!
I am deeply passionate about the colonial homes that Mangalore has, and as deeply saddened when I hear of one being torn down to make way for a high-rise building. Please contact me if you live in an old Mangalorean house!
If you would like to comment on this post, either click here to comment directly on The Keybunch blog, or comment on my FB post below. Thank you very much! 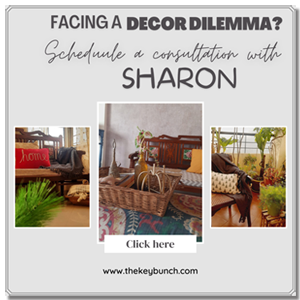